The first fire department in Williamsburg, consisting entirely of a volunteer force, was created in 1753. An act of assembly passed in November 1741 authorized the Williamsburg city officials to levy a poll tax on the taxable inhabitants to pay for the creation of new wells and the installation of pumps to supply fire engines with water.

The city council may organize and maintain a fire department for the city, and provide for the appointment of a fire marshal, or chief, assistants and other officers with any and all powers which have been or may be vested by law in such officers, and it may make rules and regulations for the government of the officers and men of said department; may prescribe their respective duties in case of fire or alarms of fire, may fix their pay and impose reasonable fines for the breach of such regulations, and may adopt such ordinances as it may deem proper to extinguish and prevent fire; to prevent property from being stolen, and to require citizens to render assistance to the fire department in case of need.

Due to the smallish size of the city, city officials felt that an unpaid fire-fighting force would be sufficient for its needs. However, there were continuous calls for a larger fire department and in 1768 the Virginia Gazette declared that only one engine belongs to this metropolis, (Williamsburg) and we have no firemen, no pumps (except one, which, though lately repaired, is out of repair). Perhaps in response to these and similar sentiments, the Williamsburg Council appointed four watchmen in 1772.

"A watch, to consist of four sober and discreet people, who are to patrol the streets of this city from 10 O'clock every night until daylight the next morning, to cry the hours, and use their best endeavors to preserve peace and good order... They are likewise to have the care of the fire engines, and to be ready, in case of accidents by fire, to give their assistance towards extinguishing the same. For which services each person is to receive a salary of thirty pounds a year."

The exact date that Williamsburg obtained its first fire engine is not known, however, according to early records, the House of Burgess purchased a Newsham Fire Engine and four dozen leather buckets from London in 1754 (pictured right). The Newsham engine arrived in 1756 and was successful at preventing a number of fires from spreading.

Between the 1800s and early 1900s the Newsham engine was replaced with a Howe engine, and later the first gasoline pumper in Virginia, a 1916 Model T Ford. In 1925 the Model T was replaced by a Model A (pictured below) which was housed across from the Magazine.

In 1928, the Restoration built a fire station that came equipped with a 1928 American La France 500-gallon pumper(pictured below). The fire station was built on South Henry Street and had a clubhouse on the second level where all training and meetings were held. The station was staffed by one man on duty for 24 hours; at the time the city only had two paid engineers. 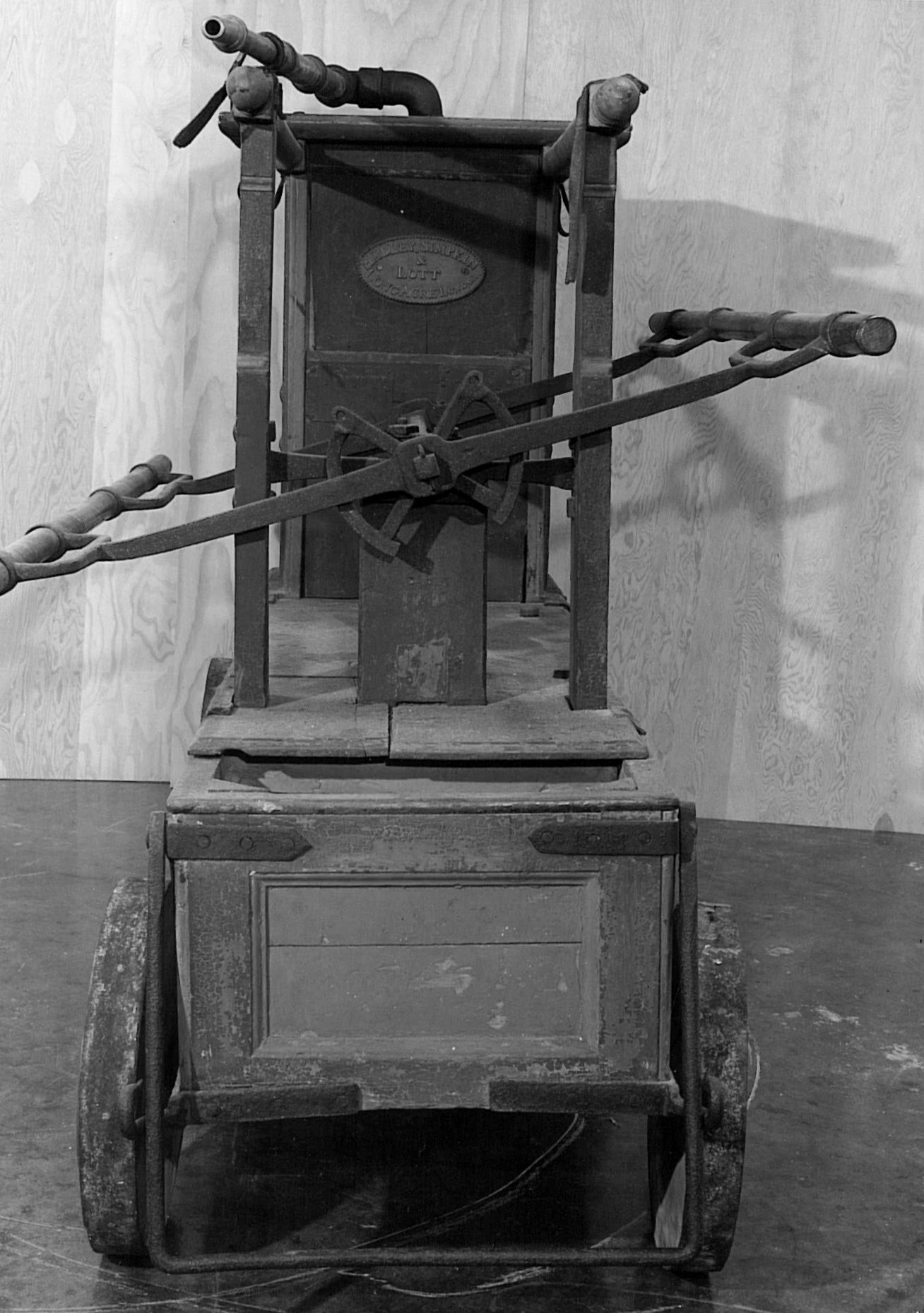 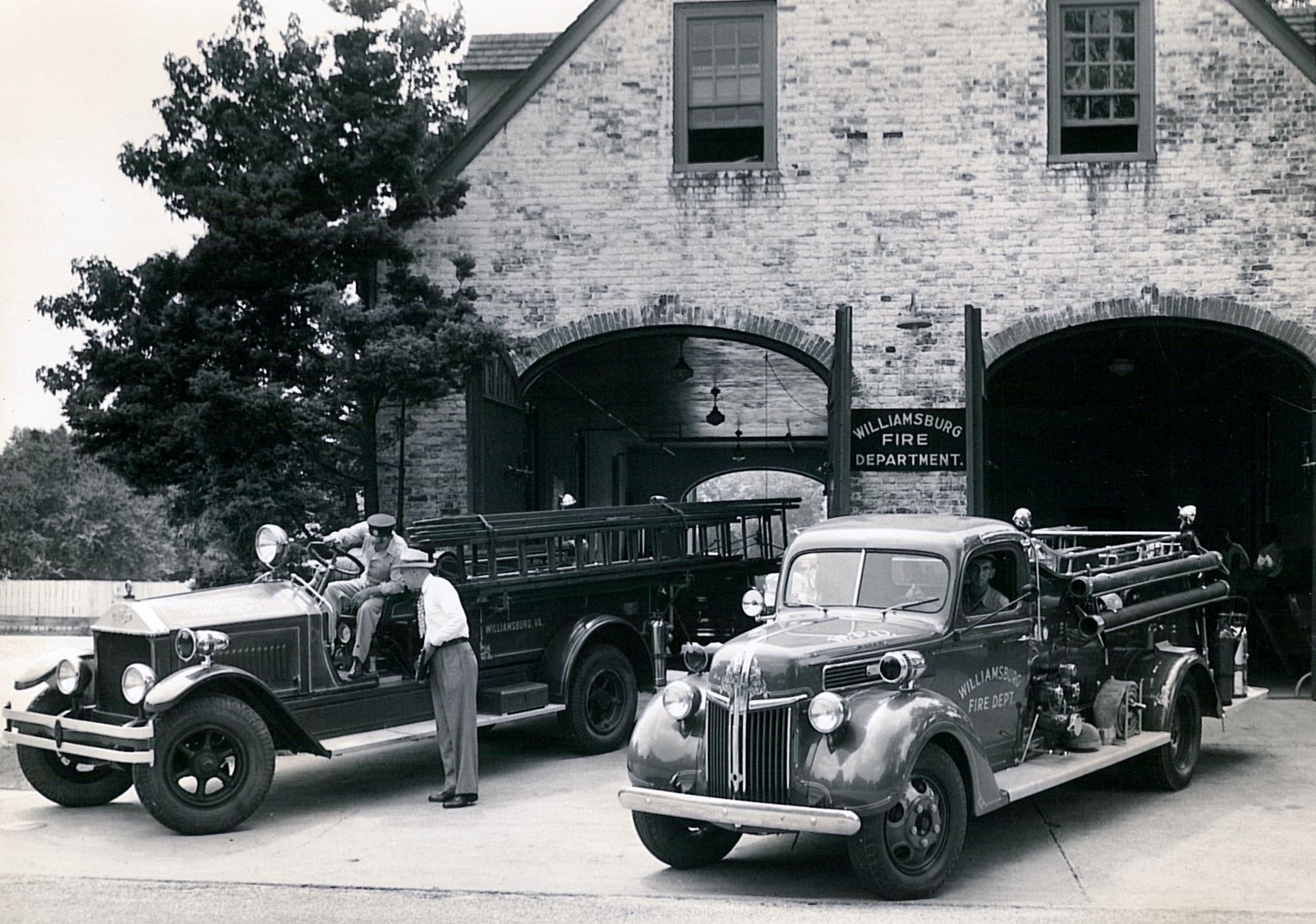 The all-volunteer fire brigade persisted until the mid-twentieth-century when, in the wake of the fatal Brick House Tavern fire, demands for a more efficient form of fire-fighting system escalated. The City decided that in order to ensure better training in fire-fighting procedures and more efficient fire code enforcement, it would be necessary to hire a paid Fire Marshal.

The first paid Fire Marshal of Williamsburg was Elliot Jayne. During the period that he served the City of Williamsburg, from 1950 until 1962, Elliot Jayne is credited with building a modern fire department. Both paid and volunteer firemen manned the fire apparatus twenty-four hours a day, considerably increasing the Fire Departments' ability to respond in a timely fashion to emergencies. 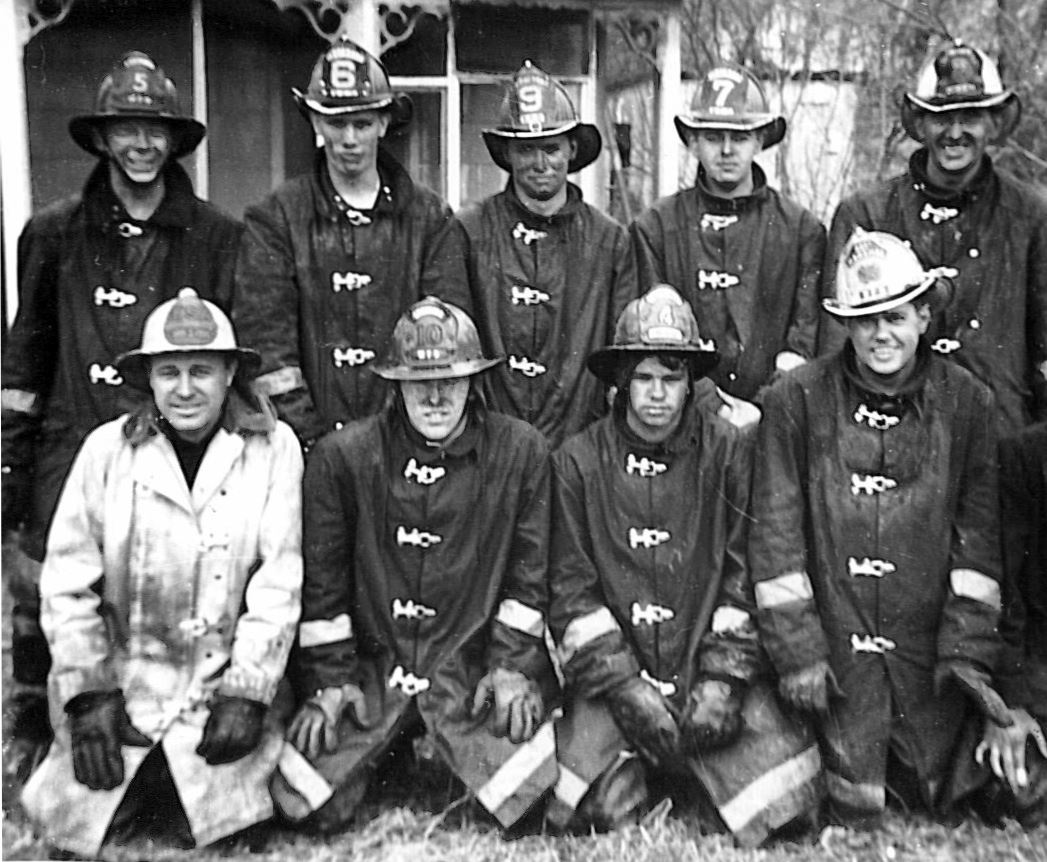 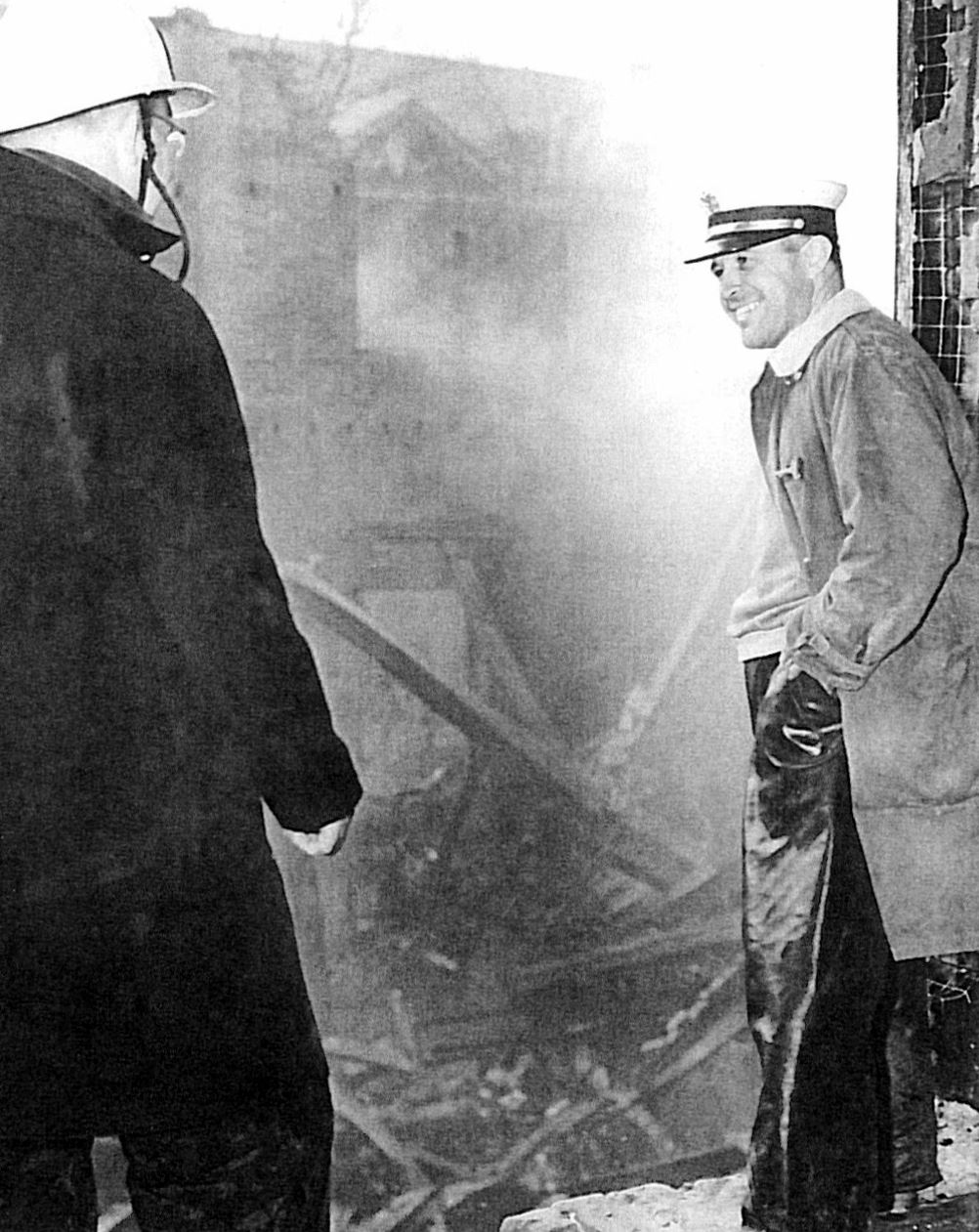 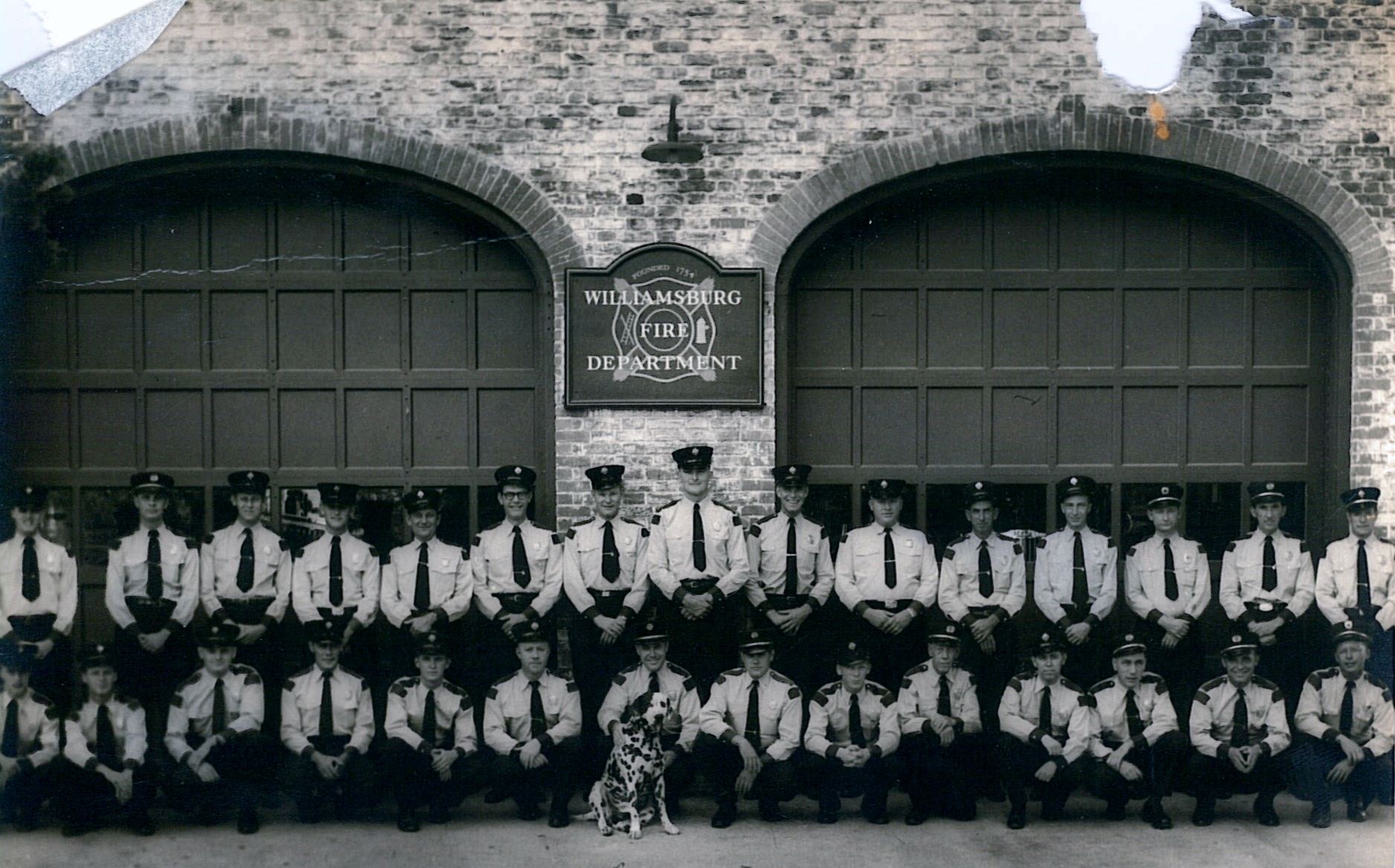 Chief Jayne resigned in 1962 to move on to a new position in Northern Virginia. His successor as Fire Chief/Marshal was a man named Alvin Robertson. Chief Robertson presided over the Williamsburg Fire Department with few major changes until his resignation in 1979. The man appointed in his stead, James Robert Bailey Jr., held the position of Fire Marshal until his medical retirement in 1990.

In March of 1991, City Manager Jackson Tuttle appointed T.K. Weiler to the position of Fire Chief. Chief Weiler served as a member of the City of Williamsburg's Fire Department from May of 1967 to July of 2009. Chief William "Pat" Dent was then appointed to the position of Fire Chief until his retirement in June of 2019. Deputy Chief Larry Snyder joined the department in 2014 and served as the Interim Fire Chief from July through October 2019. David R. Eagle began serving as the Fire Chief of the Williamsburg Fire Department in October 2019 until his resignation in March 2022. Deputy Chief Larry Snyder served as the Interim Fire Chief until his promotion to Fire Chief in November 2022. 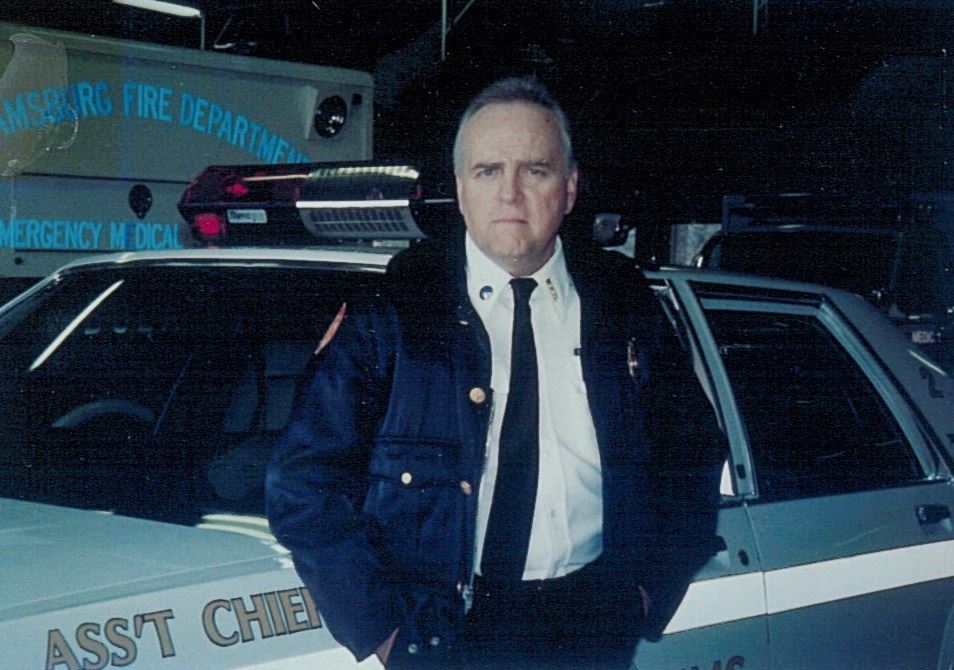 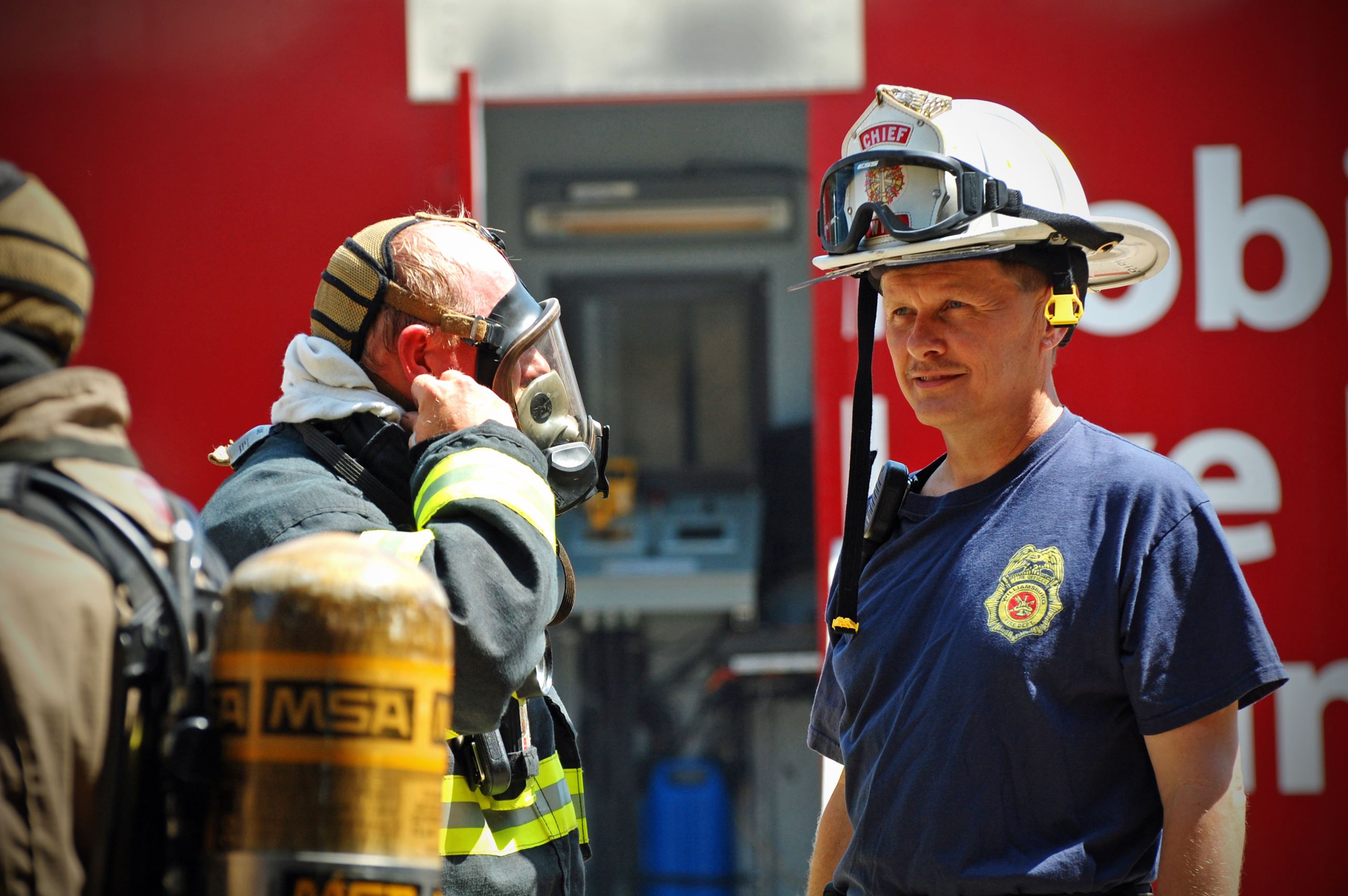 The fire department is currently in temporary quarters located at 401 Lafayette Street during the construction of the new fire station. The previous station was moved in 1978 from its nineteen-year residence at the old Person Ford Building at 417 Francis Street. Some earlier fire stations have been headquartered in the area of S England Street and Francis Street, and at the corner of S Henry and Francis Streets.

Under the command of Interim Fire Chief Larry Snyder, the Fire Department will continue to improve and modernize in order to keep up with today's standards. A state-of-the-art fire station will be built in the same location as the 1978 station, at 440 N. Boundary Street. The City of Williamsburg honors the rich history of its Fire Department while looking forward to its promising future. 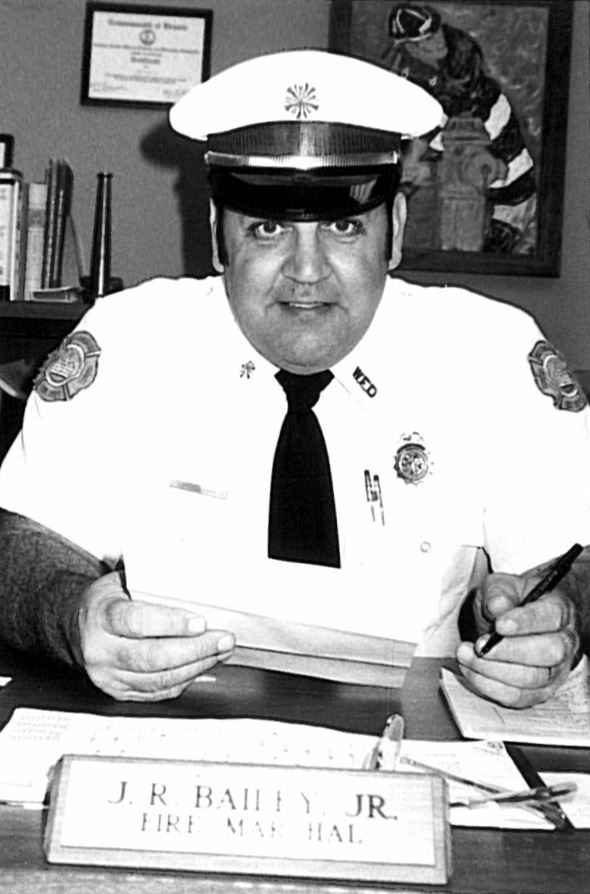 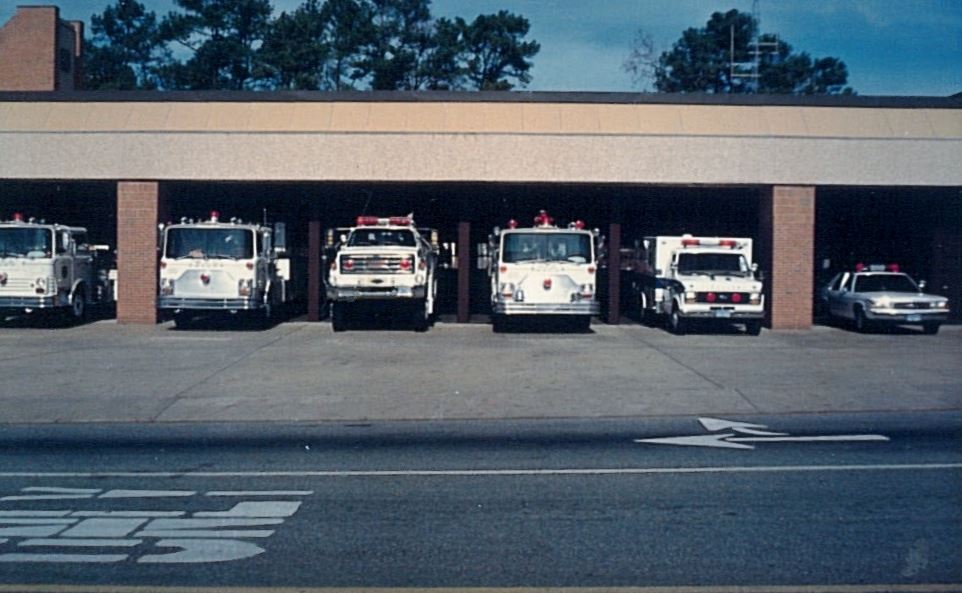 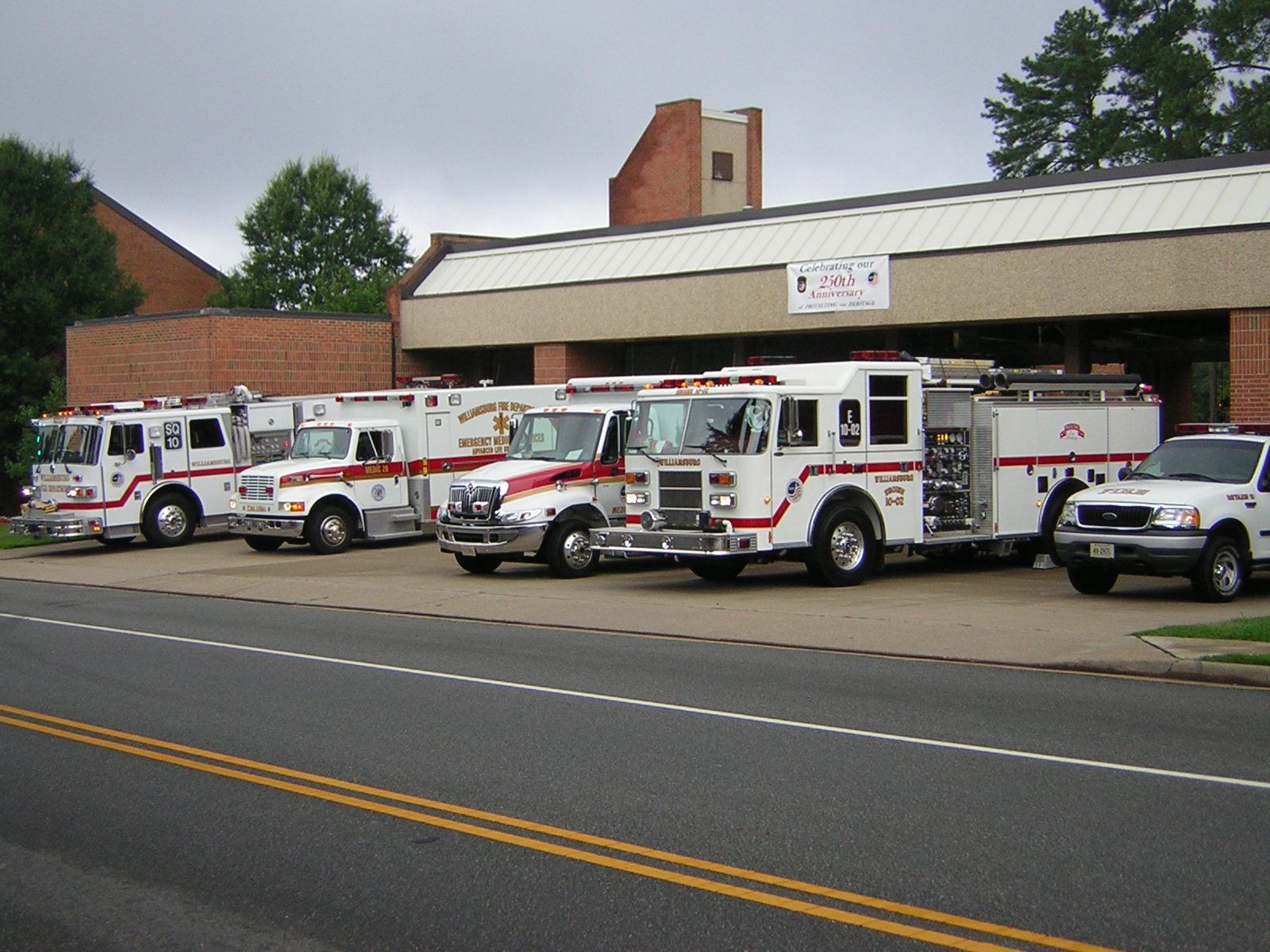