Create an Account - Increase your productivity, customize your experience, and engage in information you care about.

Founded in 1632, Williamsburg was the first —  and for a long time, the only —  municipality in Virginia, making it the political, educational, and social center of the largest and wealthiest of the 13 colonies. In 1699, Williamsburg succeeded in Jamestown, the first permanent English-speaking settlement in the New World, as Virginia's Colonial Capital. Here, the ideas of representative government took shape. Here, many of the leaders of the new American republic learned their statecraft. And nearby in Yorktown, independence was won.

Today, the City of Williamsburg is an independent city with an estimated population of 14,954, as of 2019. Williamsburg sits along Interstate 64 corridor midway between Richmond and Norfolk/Virginia Beach — at the  center of the Eastern Virginia region, which has a population of more than 2.5 million.

Greater Williamsburg, with its population of more than 94,000, has remained one of the fastest growing regions in Virginia over the past three decades. 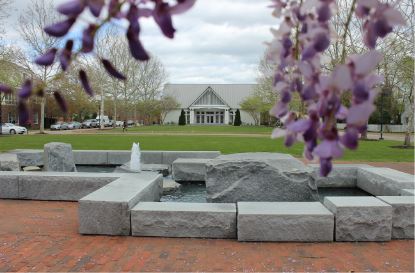 Learn more about the City of Williamsburg:

The City of Williamsburg is home to the second oldest college in the U.S., William & Mary, and the world's largest living history museum, Colonial Williamsburg Foundation.

William & Mary, founded in 1693, is a premier public research university that is widely recognized for its outstanding academic reputation, beautiful campus and vibrant community. As a "Public Ivy" — one of only eight in the nation — William & Mary offers a world-class education at an exceptional value. The university is a major economic contributor in the City, employing approximately 3,000 full- and part-time faculty and staff, enrolling 8,900 students and owning about 22.6% of the City's land area.

Colonial Williamsburg Foundation is a 301-acre outdoor history museum with more than 600 original and reconstructed houses, outbuildings, shops, taverns, and public buildings. Known worldwide for its preservation and interpretation of the nation's founding, Colonial Williamsburg is the City's largest taxpayer and tourism driver. The Foundation owns 25.8% of the City's land area and employs about 1,500 people.