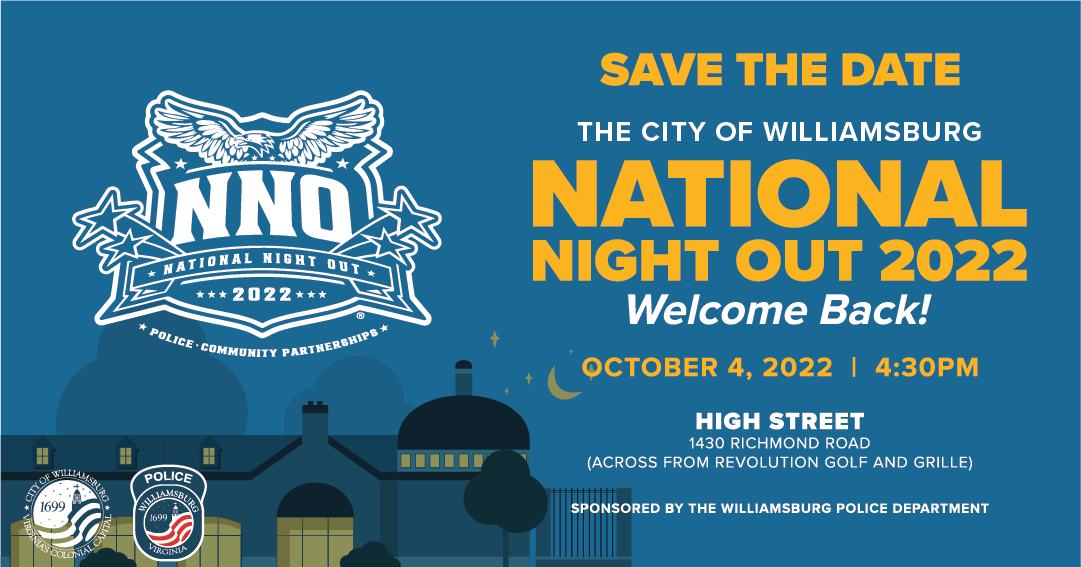 About National Night Out

The Williamsburg Police Department has been participating in the program since 2014 and it has been growing ever since. It is an opportunity for our community to come together with our area's first responders for an evening of food, fun, and most importantly building stronger relationships with those we serve.

NNO | Together, We Can from NATW on Vimeo.