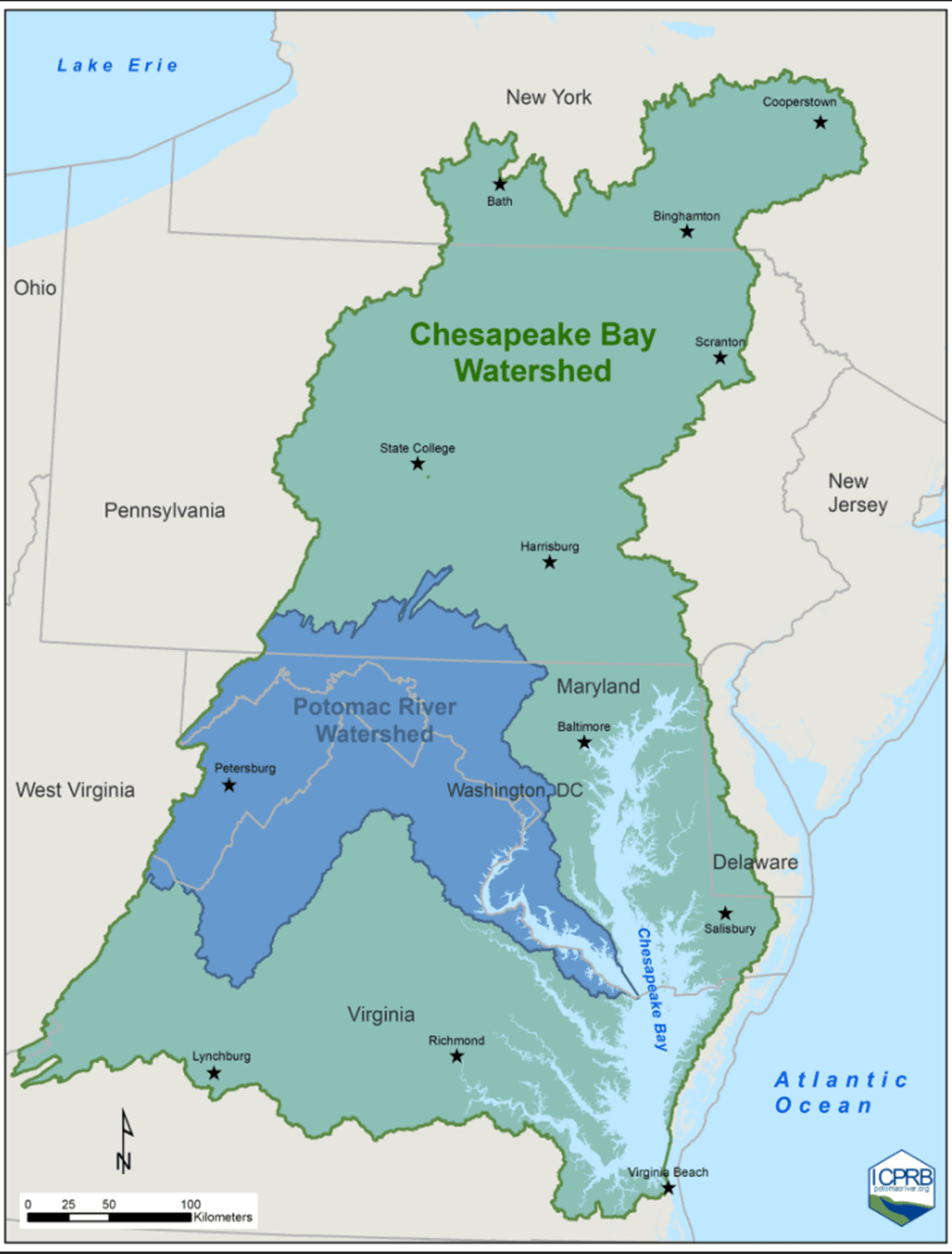 In 1998, significant portions of the Chesapeake Bay and its tidal tributaries within Virginia were identified as not meeting water quality standards and listed as impaired. Areas of the Bay and tidal rivers within Maryland, Delaware and the District of Columbia are also on the federally approved list of impaired waters. The main pollutants causing these impairments are nitrogen, phosphorus, and sediment. Despite significant efforts from the Chesapeake Bay Program, the water quality goals under the Clean Water Act have yet to be met.

Because these Bay waters remained on the impaired waters list, EPA required that a Total Maximum Daily Load (TMDL) be developed.  A TMDL is the maximum limit of a given pollutant that can be discharged and still maintain the health of the receiving water body, in this case, the Chesapeake Bay.  EPA issued the Bay TMDL on December 29, 2010. It was based, in part, on the Watershed Implementation Plans (WIP) developed by the Bay watershed states and the District of Columbia.

The Chesapeake Bay TMDL addresses all segments of the Bay and its tidal tributaries that are on the impaired waters list. As with all TMDLs, a maximum aggregate watershed pollutant loading necessary to achieve the Chesapeake Bay's water quality standards has been identified. This aggregate watershed loading is divided among the Bay states and their major tributary basins, as well as by major source categories (wastewater, urban stormwater, septic, agriculture, air deposition). The TMDL is available on EPA's Chesapeake Bay TMDL website. Additional information can be found on the Virginia DEQ's website for the Chesapeake Bay.

To comply with the Chesapeake Bay TMDL, additional requirements are included in the City of Williamsburg's Municipal Separate Storm Sewer (MS4) permit. The City is required to implement additional measures to reduce nitrogen, phosphorus, and sediment loadings in three stages over three permit cycles (15 years).

On June 29, 2015, the City of Williamsburg published a Chesapeake Bay TMDL Action Plan. The first plan detailed specific treatments to meet the City's initial 5% pollutant reduction goals for the first permit cycle ending June 30, 2018. This plan was updated in anticipation of the MS4 permit reissuance and a new Chesapeake Bay TMDL Action Plan for the second permit cycling ending June 30, 2023 was published on May 30, 2019. Progress of the Action Plan can be found in the MS4 Annual Reports.

In addition to the Chesapeake Bay TMDL, three local streams have been issued TMDLs with waste load allocations (WLAs) assigned to the City of Williamsburg.  Queen's Creek, Chisel Run (Powhatan Creek), and Mill Creek are all listed as impaired for not meeting water quality standards for bacteria. Queen's Creek drains to the York River, while Chisel Run and Mill Creek drain to the James River.

Written comments or questions on the Chesapeake Bay TMDL Action Plan or other local stream TMDL Action Plans may be mailed to the Department of Public Works at 401 Lafayette Street, Williamsburg, VA 23185 or e-mailed to publicworks@williamsburgva.gov .